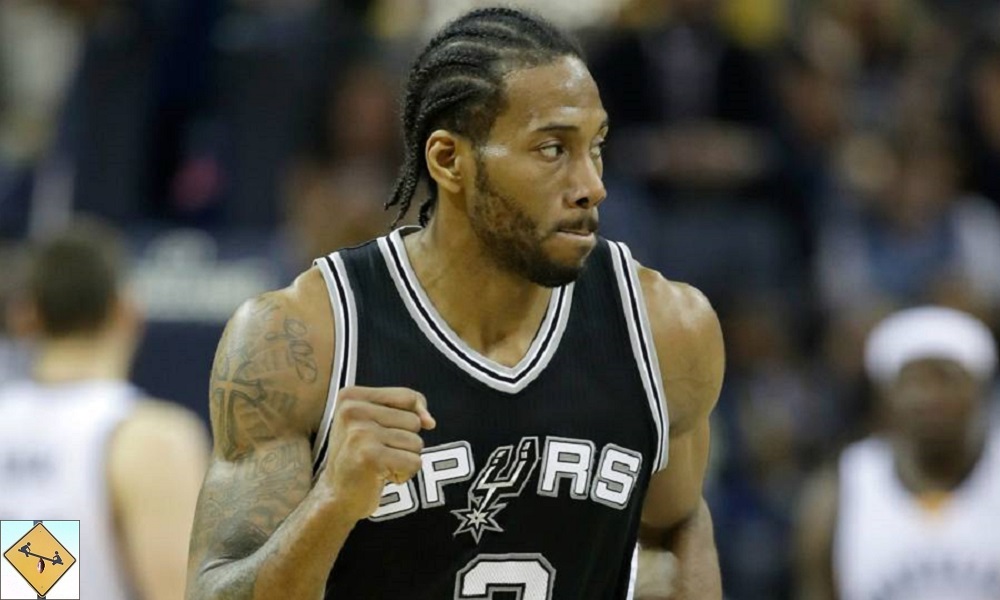 People are complaining about the 2017 All-NBA Voting, but everyone has missed the biggest issue. Kawhi Leonard received the ultimate disrespect from several voters. Shame.

Over the weekend, a lot went down in the world of the NBA. We had the Golden State Warriors push the San Antonio Spurs to the brink of elimination in the Western Conference Finals. We saw the Boston Celtics finally show up in the Eastern Conference Finals. We were told the finalists for all the seasonal awards (the winners of which will be announced after the playoffs in June). And the three All-NBA teams were announced.

That final part is what still bothers me on Monday, but it’s not for the reasons everyone else has.

People are making snub lists. There are no snubs on these All-NBA teams. Maybe Chris Paul could have made it or Marc Gasol, but it’s splitting hairs. Also, no, I don’t care about Paul George and Gordon Hayward missing their chances for max extensions (which kick in if a player makes an All-NBA team). They weren’t good enough this season. Too bad.

What has me ticked off is the voting for the first-team. And again, it’s not what is bothering everyone else. LeBron James and Russell Westbrook were not unanimous selections for the first-team, which seems to have people on edge. Except, to me, that’s explainable. What is completely inexplicable is what happened to Kawhi Leonard.

Sure, James should have been unanimous. But he also missed eight games for no real reason, and his team was way worse than people thought it would be. If the NBA internet wants to take away the league MVP from Westbrook because he didn’t reach 50 wins, then you have to punish James for Cleveland only winning 51. That was a huge underachievement.

And with Westbrook, the same reasons people are against his MVP candidacy are the reasons I can see one voter throw him to a second team. He was selfish, didn’t make his teammates better, didn’t create a team that could succeed in the postseason, and everything else. Sure, give him a second-team vote in favor of Steph Curry.

But what happened with Leonard? Not only was he thrown to three second-teams. He was also voted to a third-team!! Who is this guy or girl professional NBA writer that thought there were 10 basketball players better than Kawhi in 2016-17? Who is it that can name four forwards with better credentials than Kawhi this season? Who is this person?? It is completely inexplicable.

Interestingly, Leonard’s inclusion on second-teams is also the hardest to explain. I have those flimsy yet logical cases for why James or Westbrook would make a second-team. But what is the case for Leonard? He was the offensive fulcrum of the second-best team in the sport. He was also the best wing defender in the league, by a mile. And four percent of voters thought he didn’t deserve to make first-team.

These votes don’t totally matter. He still made first-team All-NBA after all. But voting must have logic behind it. It’s why players and fans can never be trusted to vote for anything that matters. But the people who cover the sport for a living are supposed to have higher standards. A few failed that this year.

You had me on pins and needles, but the payoff was totally worth it! Not only are you right, but you’ve exposed a major issue with voting for the All-NBA teams. We also have this same issue with the MVP voting in other sports, but at least much of that is defensible. At least LeBron James fell below expectations this season and Russell Westbrook was not always a team player. At least there is SOMETHING to say about those two guys. Kawhi Leonard has no blemishes this season. His 2016-17 performance is without a black mark. Voting any player ahead of him at his position is absurd!

The closest we have to such ridiculous voting practices is in Major League Baseball, where random players get single MVP votes each season. But that is a case of homerism and giving props where none are due. In the NBA we have quite the opposite. Disrespecting a player in the face of all statistics and facts to the contrary takes guts. Professional basketball is rather transparent when it comes to the All-NBA teams. We all know who the best players were each season. It’s rarely an actual debate regarding the first team All-NBA, and this past season was no exception. Kawhi Leonard, more than any other player, was the one guy who exceeded expectations, carried his team to the playoffs, and made everyone around him better. Yet Leonard did one better. His San Antonio Spurs were the second best team in all of basketball. They are now in the Western Conference Finals. What can we do about rogue voters making a mockery of the system by tossing Leonard onto the second or third team All-NBA?


I almost feel like a non-first team vote for Leonard should have been made void this season. He was so obviously a first team player. Every season we KNOW that a few guys are first team All-NBA, without question. Some voters refuse to allow any player to be unanimously selected, but again we agree that this is absurd. It is a complete lack of logic and the opposite of the intent behind voting. We must make the voter explain himself for such a travesty. If he or she must make such a ridiculous vote, an explanation is required. At least then we as fans have something further to make fun of, because the ‘reason’ is surely as ridiculous as the vote itself.