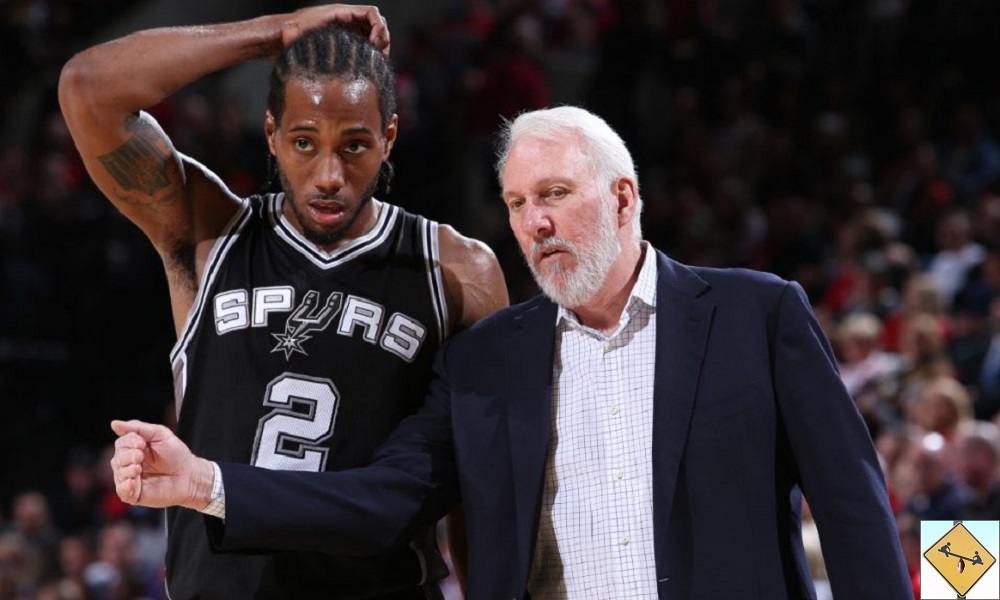 If all NBA players and coaches were thrown into a draft, where should Gregg Popovich be selected? He’s arguably the greatest coach today, but is he better than the ten best star players? NBA Debate.

On a recent episode of Bill Simmons’ podcast, he read a reader question about a hypothetical re-draft of the NBA. Instead of all players being available, though, every coach was also on the board. We are starting 30 fresh franchises to create rosters and staffs for each one. That was the premise.

The main question that came out of this intriguing exercise was in relation to the league’s best coach. In a complete re-draft, when would one take Gregg Popovich?

Simmons’ answer was that Popovich would certainly be selected outside the top 15 picks but probably in the 16-20 range. On the surface, this seems unquestionably logical. The very best star players in the league warrant selection, but once you get into a lower tier, a head coach can arguably have a larger impact on a team’s success. The question comes down to how important a coach really is. Popovich is the symbolic placeholder for “best coach in the league.” How many wins is the best coach in the league actually worth?

Then I thought about it, and I think the 16-20 range is actually low. Gregg Popovich should be selected earlier, and arguably much earlier. He has a better chance of building a winner than a team built around all but the very best the sport has to offer.

I’m taking LeBron James, Kevin Durant and Stephen Curry ahead of Pop. But this is how early I start considering the coach. Fourth overall he is in the discussion to me. People would surely scoff, asking how I could pass on an Anthony Davis or Russell Westbrook for someone who isn’t even playing in the games. But how much have Davis’ and Westbrook’s teams won with them at the helm? These are first-team All-NBA players, and their teams are barely playoff squads in the best seasons.

Popovich has had a star on his team, but he also helped build and develop those stars. Would Kawhi Leonard be as great under a different coach? No one can say for sure, but it would be hard for me to select Leonard ahead of his coach in this game considering what the former was when he entered the league and what he is now.

The question of where to take Popovich is just as tricky with the younger players yet to reach their peak. Giannis Antetokounmpo and Karl-Anthony Towns could become MVP-caliber players pretty quickly, but they aren’t there yet. And really, is even an MVP better than Popovich? Westbrook is probably the 2016-17 league MVP, and I’m talking myself out of taking him ahead of the sideline general.

Taking the game to the next round, a team that drafted Pop first would have borderline top-25 players to choose from as its cornerstone player (unless this used a snake draft format, which would change the dynamic, as opposed to real-life drafting format). I feel like that would be good enough. Maybe it wouldn’t actually end up being better than a team that drafted, say, Anthony Davis first and DeMarcus Cousins second… Okay, bad example. 🙂

This is a truly interesting debate, because the value of a coach/manager is always under scrutiny across all sports. The NBA is uniquely weird, because the star players truly control the sport from top to bottom. They are the face and they make all the plays. The top 20 NBA players determine the fate of nearly every team. A coach must manage personalities, minutes played, and mesh players into an ideal lineup on the floor. While I think many coaches are good at this, they only have a minor impact on their team. At the highest levels of basketball, players overshadow the coaching with ease.

With the obvious facts out of the way, I must now impart some sports wisdom. You are correct. There is an exception to the way the NBA works, and its with its very best coaches. Gregg Popovich brings something to the table that no other coach currently working does. People will try to argue that Steve Kerr might have it, but look at his roster of all-stars. Pat Riley and Phil Jackson had it. Popovich has mastered the art of meshing his team and maximizing his talent. He is a wizard with matchups and working his players’ minutes on the floor. He can not crack this top five, because the superstar players are a necessity. But once those transcendent talents have been selected, I’d go for the best coach who can make your B player into a bonafide A level talent in his system.

LeBron James, Stephen Curry, Kevin Durant, Russell Westbrook, and Kawhi Leonard all must be drafted ahead of Popovich. While Westbrook might not be enough on his own, you can get an incredible number two in the second round to compliment him on your roster. I’m not sure any player outside of King James is enough on his own in this new age of NBA basketball. Curry and Durant have strong cases, but neither has played without another superstar on their team. I’m drafting Gregg Popovich between picks six and ten. He is that great at what he does. He helped turn Tim Duncan into a superstar and San Antonio into a city worth mentioning. Perhaps Duncan would have shined without him, but there is no way the Spurs win titles like they did minus Popovich on the bench.


NFL coaches do an awful lot, but football is a team sport. MLB managers can only do so much, but baseball is an individual sport. NBA coaches must play both sides. Basketball is a team game run by individuals who consistently take over and rule the stat sheets. Only a few legendary coaches have made an impact on both sides of this equation. Gregg Popovich is one of them and I’m drafting him accordingly. You can have Anthony Davis, but without a coach that knows his game and how to develop it, he’s stuck as the best player on a bad team.