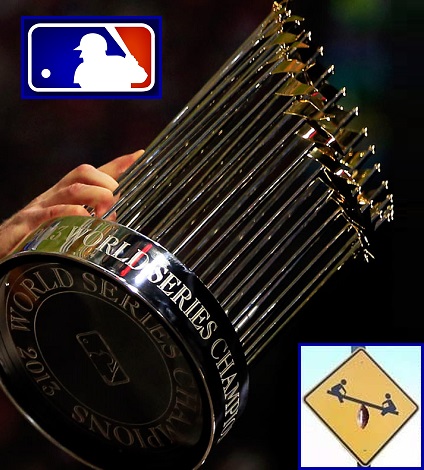 MLB bold predictions are swirling and none more daring than on ESPN. We evaluate Jim Bowden’s MLB Bold Predictions for truth, accuracy, and MLB sports debate. The Boston Red Sox, Miami Marlins, and Atlanta Braves are on the clock.

Near the end of last week, ESPN’s Jim Bowden released a ‘MLB Bold Predictions‘ article (insider only) about what might happen moving forward in the MLB offseason.

Not everything he says is very bold. Nevertheless, some of the good ones are worth examining to see if we agree with the ex-GM or not.

I say he doesn’t.

Boston low-balled Lester with an offer during last season before they dealt him away. Now, they are still not coming through with the best offer. Chicago seems to be the leader in that regard. He could return to Boston for less money since he really liked it there, but I’m not buying it. I also can’t imagine that the fact that the Red Sox really need him factors into Lester’s decision even one iota.

I say they do not.

Where is Miami getting all this money from?? They just paid Giancarlo Stanton $325 million, and now they’re going to scrape together another $100+ million for Shields? I love the baseball fit. I don’t see the monetary fit…although I suppose the Marlins must have some income level in order to field a full roster with Stanton moving forward.

Although the Braves are in the midst of a fire sale, preparing for a necessary rebuild, trading away Upton leaves them with little in the way of offense after Freddie Freeman. This is especially true since rumors are swirling still about them dealing Evan Gattis, who would be a better fit as a DH in the American League. The other side of this is I don’t think Upton fetches the return they think he might. He has plateaued as a player and is not quite a three-hole hitter.

There’s nothing more fun then throwing darts in the dark and waiting four months to see if you hit something. MLB bold predictions are messy business, but Jim Bowden’s leave me pining for the days when experts were guessing what team Robinson Cano would land on.

The Red Sox just made the first big off-season splash, but until some pitchers get signed the real news will lay dormant. Baseball is a pitchers game once again and these three MLB Bold Predictions prove the rule.

I say that Jim is way off base with this prediction. Jon Lester will not be allowed anywhere near the Red Sox dugout for the money he wants. Lester is a solid veteran arm, but with Pablo Sandoval and Hanley Ramirez both on their way to Boston (reportedly) its clear the Red Sox focus is on offense first. They won’t be spending big money on pitchers this off-season and Jon Lester will have to turn elsewhere for the final payday of his career.

I say Jim is correct here. If Miami hopes to compete in the NL East it will need pitching to stop the power hitters of the Washington Nationals (and Braves and Mets technically). It’s not my business where the money comes from and frankly, this team has sold off its best players for years, so perhaps it does have money in the bank. The Stanton deal was ridiculous because of the length of the contract and the no trade clause, but otherwise Miami is building. I think they can and will afford to add James Shields’ services. If you can’t beat em, join em. Miami should continue to emulate the success of the Nationals. Shields joins the Marlins.

I say Jim is wrong about the Upton situation in Atlanta. The Braves are rebuilding, tearing their team down to its best and most valuable parts and trading away everything else. Justin Upton simply needs a change of scenery to rejuvenate his career, shake the stagnation by adding his speed to another roster. What do the Braves need offense for, if they are going to wipe salary to sign big name free agents in the future? What does an offense do, if you don’t have the pitching to shut down Washington?

Freedie Freeman needs help, but it’s not coming from Justin Upton. He is an excellent complimentary player, but needs more protection in the batting order to succeed. I like him in Seattle. Hitting in front of or behind a man like Robinson Cano would do wonders for Upton. I’m not sure the Mariners have the trade pieces, but if the Braves can get the pitching they desire, they’ll ship Justin out of town.