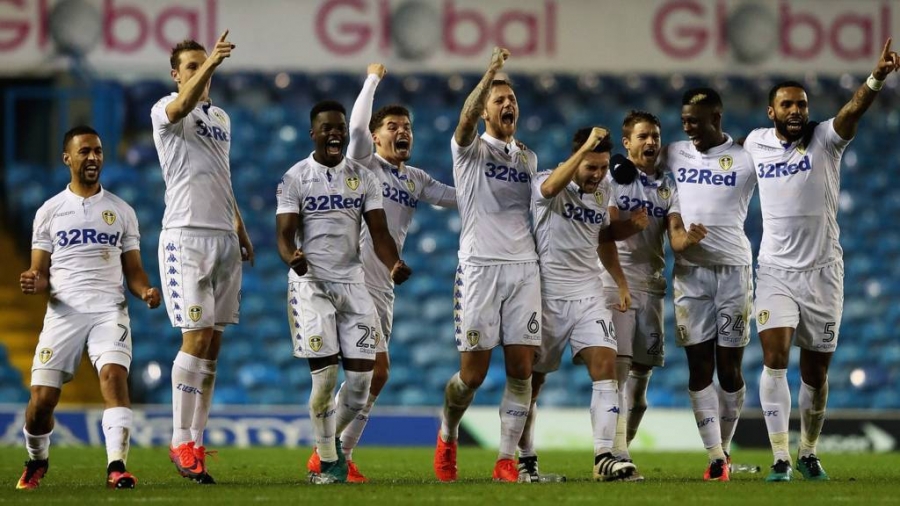 Leeds United F.C. is in excellent position for promotion to the Premier League. Yet holding on to their top talent will be tough, so its now or never for the team.

Leeds United Football Club is one of the most iconic teams in England. They have been in existence for nearly 100 years, and have three Premiere League Championships under their belt. Despite the historic success, Leeds United has not been a member of the Premier League since 2004. There is still hope that the long absence from the Premier League can end very soon if Leeds United is able to continue their surprising season in the new year.

After finishing in 14th place in the Football League Championship last season, Leeds United is now sitting in fifth place through 25 games. They have even managed to match their win total from last year in 21 fewer games.

While catching Brighton and Newcastle at the top of the standings appears unlikely, Leeds United still has a great shot at getting promoted to the Premier League next season. With Leicester City’s improbable Premier League championship last season, it gives teams like Leeds hope that they too can succeed as the heavy underdog.

The four teams that finish between third and sixth place in the Football League Championship get to play in a qualification tournament to determine the final team to get promoted to the top English football league. Leeds United is currently in position to make this crucial qualifying tournament, but they still need to play well in 2017 to keep their spot. Most of the top teams in the Football League Championship are evenly matched this season, so any team that makes the qualifying tournament will have a good shot at the Premier League promotion.

The biggest problem for Leeds United right now is that they are losing too many games. They only have two less wins than the top team in the league, Brighton, but are giving away too many points. Leeds United is having no problem defeating the bottom teams in the Football League Championship, but they are losing too often to some of the top teams in the league. If they could have turned a few key losses into draws, then the team would be competing for the top spot right now.

Leeds United is in great shape to continue their impressive season because they have one of the top defenses in the Football League Championship. The 24 goals surrendered in the team’s first 25 games is the fourth best total in the league. This quality defense has also helped Leeds United accumulate the fourth best goal differential in the league. These two stats suggest that the team is not getting lucky despite their poor showings over the last few years.

Since there are so many games left in the season, it is hard to pinpoint the biggest games for Leeds United in 2017. The team simply needs to continue their excellent play under manager Garry Monk. Forward Chris Ward has revitalized his disappointing career under Monk at Leeds United. Garry Monk has also help transform Pontus Jansson and Charlie Taylor into two of the best defenders in the league.


Holding on to these great players may be tough for the team in the future, so it is up to Leeds United to continue their brilliant play in 2017 to earn the Premier League promotion the club desperately deserves.