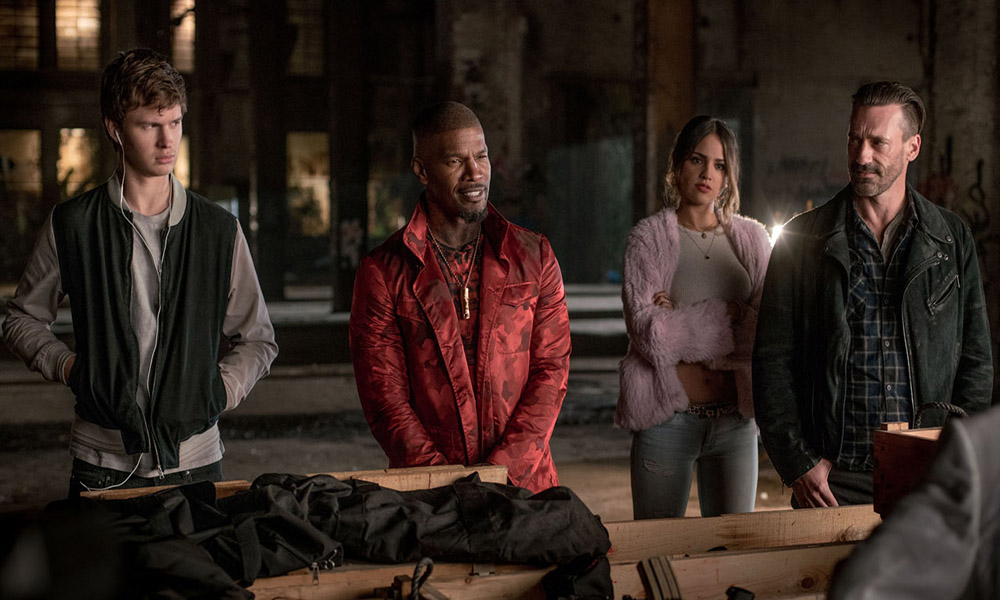 The movie Baby Driver has a lot of things going for it even before the opening song plays. It stars Jamie Foxx and Jon Hamm, two legitimate Hollywood superstars who can balance drama and comedy like few other actors working today. The film was also directed by Edgar Wright. He was the man behind the legendary Shaun of the Dead trilogy, as well as the director of Scott Pilgrim vs. the World. Shaun of the Dead and Hot Fuzz are spectacularly clever and funny flicks. Scott Pilgrim is innovative and magically visual. The thought was that Baby Driver would do for audio what Scott Pilgrim did for visuals.

Baby Driver also had a number of things playing against it. First off, terrible title. With a release so soon after Boss Baby, multiple people I spoke to assumed Baby Driver was about, duh, a baby. The title feels purposefully misleading in even the kindest of reads, and I don’t understand why that would be an aim. Without knowing anything about the film other than its title, the name certainly cost the project viewers.

Assuming someone knew the title and saw a trailer, they may also have been misled to believe this was just another car chase/heist movie instead of a musical romp through that world. It felt like word of mouth alone was all that kept Baby Driver from being grossly underappreciated. Of course, even as that word got to me and was the reason I saw it in theaters, the film didn’t perfectly connect as I had hoped.

Scott Pilgrim was a good movie with something special supporting it. Baby Driver felt like a perfectly fine movie as well, but the supporting shtick didn’t hit home, at least for me. People are praising the soundtrack, but the music felt like a novelty more than a central theme. Baby loved music, as did his girl. But instead of somehow being transported into his world, viewers simply saw a guy who loved and constantly listened to music. We heard his tracks, on occasion, and saw him sing along, but the audio component didn’t stick with me nearly as much as Pilgrim’s visual did.

Maybe this is just me, and music connoisseurs will have a different takeaway. From my vantage point, Baby Driver was a fun heist movie with some good laughs and big stars that didn’t leave any kind of lasting impression on me. Thanks to Wright’s direction, I had assumed it would. It is worth seeing (if for that radical opening car chase alone) but not worth seeing again.