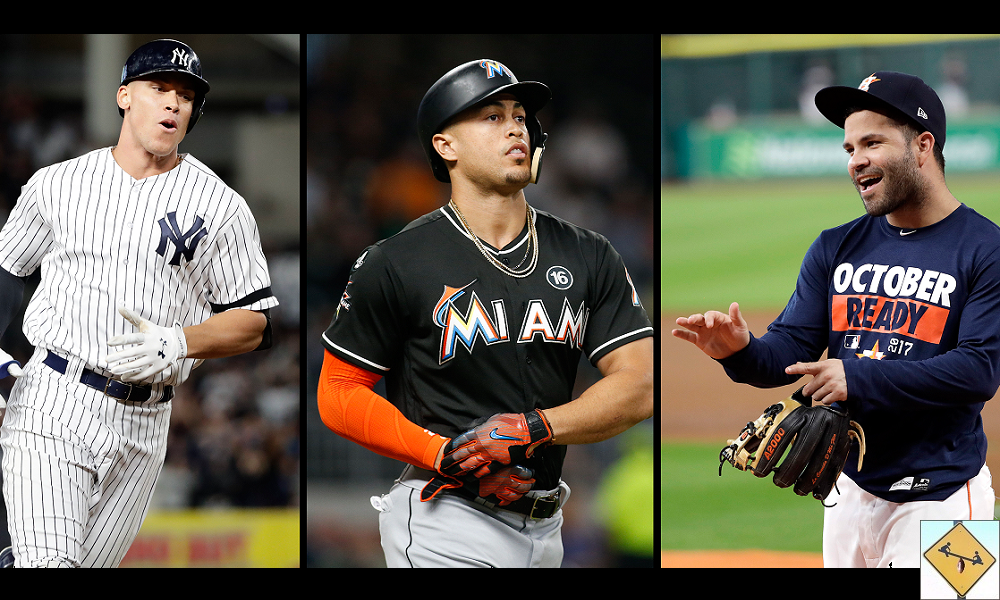 The offseason is upon us, meaning the 2017 MLB Awards are too little too late. Why wait so long to announce the winners? Why the bizzaro-ESPYs as well? Consider us perplexed.

This week, the 2017 MLB awards will be announced, beginning with Rookie of the Year winners Monday night and concluding with MVP winners on Thursday. Nominees were divulged last week, giving us just the sneakiest of peaks. The awards do not include postseason accomplishments; these are strictly regular-season awards. So then, why does it make sense to hold off these announcements for so long?

The NBA adopted a similar strategy this past season, bringing everyone together for an awards banquet after the championship was over. It seemed wonky. I feel like it works better in baseball because we are aware how fluky and random the playoffs can be in this sport compared to the extended, lengthy regular season. However, it still makes little sense to see the best players succeed or fail when it matters most, then announce awards that don’t factor in those circumstances. Remember this if Max Scherzer wins the NL Cy Young after crapping the bed in his final of two postseason outings.

ALSO ON BUZZCHOMP: Hottest Tech Deals for the Holidays

Should baseball awards take the playoffs into account? And if they did, how would your voting change? The winners of Rookie of the Year would not be affected this season. Manager of the Year is a different argument entirely. Either you give it to the manager who had the best season (i.e. the guy who wins the World Series) or you give it to the biggest “overachiever.” Paul Molitor is probably going to win this in the AL even though no one thinks he’s a better manager than Terry Francona or even A.J. Hinch. It’s a weird award. Dave Roberts should be NL MOY, even though Arizona’s Torey Lovullo seems like the popular pick. Sure, Lovullo did more with his team than we were expecting, but Roberts did that too, and at a higher plane. Sometimes we get too cute with these things.

Real interest will come on Thursday, specifically for NL MVP. The nominee list was only three deep, meaning an award that many felt could go to any of half a dozen different players will definitively go to either Giancarlo Stanton, Paul Goldschmidt, or Joey Votto. My pick is still Stanton, a decision that becomes even more fun if he gets traded during the winter meetings like he is rumored to be. First we had three playoff managers lose their jobs this offseason. Then a current MVP gets dealt away? Boy, it’s hard to build up any relationship in this sport. At least if the awards were handed out weeks ago like they should have been, Stanton could have celebrated a little while before having to pack up his house.

Announcing the 2017 MLB Awards winners either right before the World Series begins, or the day after a champion is crowned, makes the most obvious sense. Baseball’s popularity is at its peak, Opening Day aside, and the public is fully focused on the sport. It’s currently mid-November and while the World Series concluded not that long ago, it certainly feels like an eternity in the realm of sports. The NBA, NHL, NFL, college football, and college basketball are all up and running. No one is interested in MLB Awards right now, except the players nominated.

I’m sure there is a reason for waiting, just like the NBA chose to push its own awards announcement. But only one thing comes to mind, and it shouldn’t even be a consideration. If a player in the World Series happens to win, or a manager, then perhaps that distracts them from the task at hand. This is a ludicrous consideration, because no one gets to the level of winning MVP etc. by being caught up in mental games. Yet its the only thing I can think of. Gripes aside, the 2017 MLB Awards are going to some stellar talent. We know who the Rookie of the Year winners will be. The MVP winners feel like a near certainty as well. Only the Managers and Cy Young winners leave room for debate. But all nominees are deserving, so what’s left? Mike Trout is not a nominee! That’s something.

ALSO ON BUZZCHOMP: Star Wars Until We Die

Not to be confused with the real 2017 MLB Awards are the Esurance MLB Awards being handed out on Friday night. These include lesser known honors like best single game performance, best fan catch, and best personality. Is it just me, or do these ‘fake’ MLB Awards sound a lot like ESPY awards? Perhaps most interesting are the five groups of voters, all receiving a 20% stake in the outcome. One of these is the fan vote, meaning baseball fans control 20% of the outcome of the not-as-cool-as-the-real-thing MLB awards. Besides fans, the media, front-office personnel, retired MLB players, and Society for American Baseball Research (SABR) members get to cast their votes. It’s an interesting mix of stat-heads, traditionalists, players and popularity. Too bad the bizarro-ESPYs feel even less relevant than the actual season-long achievements being announced this week.

The MLB Postseason does not factor into our real awards, but its a major player in these extra honors. In fact, the postseason gets its own category with Best Postseason Moment and Best Postseason Performance. Fan voting is open until 2 PM ET today, so have at it if you’re struggling to cope without baseball in your life. I’m struggling to cope without a manager for my Yankees… not really. It’s the offseason. I’m excited to find out who wins our real awards, even if it’s too late for anyone to truly care.