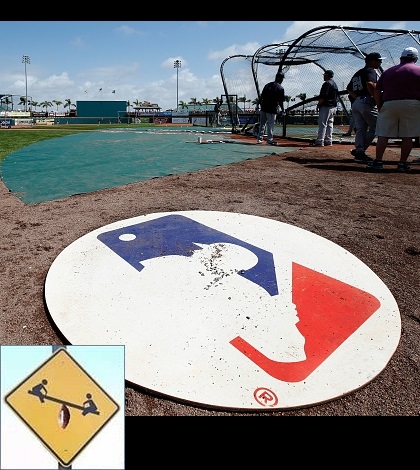 MLB fans know the first month of a new baseball season is full of lies, deception, and surprising truths. With a little game we call Honest Chicanery (aka True or False), we debunk these 2015 MLB trends for the golden eggs or ugly ducklings they are. Wins and Losses never meant so much.

It’s time once again to play everyone’s favorite game (that I just made up, and this is the first time we’re playing) called…

For just a refresher (and to explain to you because, again, I just made this up and it’s the first you’re hearing of it), I will supply you with an item followed by a piece of information pertaining to that item. The item can be a team, player, etc. The information will usually be a stat of some kind. It is then your job to say whether that information is Honest (True) about the item: implies the correct assumption, or whether it is Chicanery (False): implies the wrong assumption.

And, as always (even though this has never been played before), there is a correct answer! Even though this seems strictly opinion-based, that is just smoke and mirrors. I’ll fill you in during rebuttal on where you screwed up or what you nailed.

This is excellent, the male sports fan’s version of Truth or Dare. Except it’s actually more like True or False or Truth and Lies. Anyways, the first month of the MLB season is chock full of lies and deception. It also has a lot of foreshadowing truth, making this simple game very hard. Bring it on!

Kansas City is not the best team in the AL, but they are top five. Continuing where they left off last season, the Royals are quietly winning game after game after game. They started the season 7-0 and have been winning by putting up runs. Winning 10-1, 9-2, and 12-3 are just a few of their twelve victories. I’m not sure the high run totals are sustainable, but their winning ways certainly are.

Sorry not sorry Mets’ fans. This is a good baseball team, but not one of the top five in all of baseball. I predicted a playoff run for the Mets last season, one that never materialized. It’s little surprise that they now have things together a year later, but this team is not nearly as good as their record suggests.

I’m a big Yankees fan, but the Yankees are not a great ball club in 2015. Yet they just took two of three from these Mets, putting up six runs in both victories. I think both New York teams are pretty even, above average clubs that can over achieve for the post season.

Don’t be fooled by the Mets early season success. Outside of one victory over the Yankees and two over the Nationals, the Mets have only defeated other teams in the NL East. The NL East stinks. The Marlins were a preseason pick to rise up, but have not done so yet. The Braves were picked to slide, as were the Phillies. These wins are nothing to brag about.

I liked the Orioles before the season got started, but that feeling has quickly dissipated into blah. Baltimore will finish with a winning record, but I have not liked what I’ve seen from the pitching staff to this point.

The Orioles have some injuries on offense, but their starting pitching has given up 5 or more runs ten times this season. If we thought the Al East was weaker in 2015, then the Orioles are stinky trash. They’ve played their entire schedule against division opponents to this point.

Division games are generally more challenging, but the Rays and Yankees were not being touted as teams to fear this season. Losses to Toronto and Boston can be written off as better teams winning when they should, but that all adds up to Baltimore not being much better than average.