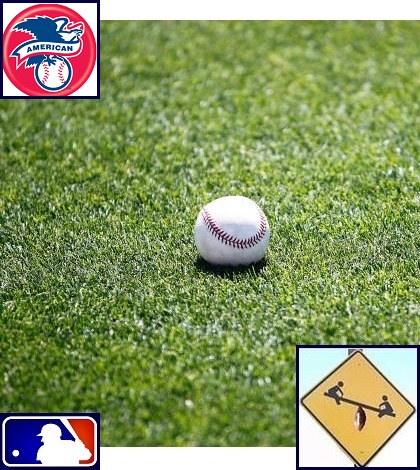 Last week, we discussed MLB over/unders and hinted at which teams we may like a little more, or a bit less, than the general population.

Now, it’s time to take it to the next step by predicting the playoff finishes in each league. Let’s kick things off with the American League.

Five teams in the AL will be playoff bound this October. I wouldn’t be surprised if four of the five, or maybe even all five, were different from last season.

Here are my picks:

The cases for Detroit and Seattle are simple enough. Both teams are super talented, albeit in tough divisions. I like those two to rise to the top. This is especially true for Seattle who may benefit from quite a drop in the standings from the Los Angeles Angels. LA won 98 games last season. That total should fall by at least 10 this year.

Toronto is my pick from a down AL East. The Blue Jays have been making strides for a few seasons; this is when they finally break through, just topping the Red Sox for the division title. Boston still gets to the playoffs though behind a deep roster. The only thing Boston is lacking is a rotation ace, which will hurt it come playoff time but shouldn’t detract too much from its regular-season success.

My last playoff spot came down to two AL Central clubs: Cleveland and Chicago. I give the edge to the Indians because I really like the rotation depth, and I expect bounce-back seasons from players like Jason Kipnis and Brandon Moss.

I think at least a dozen of the 15 AL teams have a case for making the playoffs this season. It’s a very even league that lacks a frontrunner and a team that will run away from its competition. That gives it the aura of being a bit weak this season, but the depth will make for better races.

I love making picks as the new baseball season gets ready to start. It’s the most fun sport to try to predict, as there is often less turnover year to year, but more turmoil at the top and bottom. Add to that the fact that anything can happen over the next six months before the MLB postseason, making these 2015 MLB Predictions pure excitement.

Where you see the potential for a whole new crop of American League playoff teams, I see a lot of improvement with far less change at the top of each division.

The American League East will not be having a down year, especially not with two AL playoff representatives. Baltimore has built itself a solid foundation for success, beginning and ending with its starting pitching. I realize they are not yet household names around the country, but Tillman, Chen, and Norris are slowly becoming just that.

Detroit is due to take a small step back in the AL Central and the Indians will be waiting. This division is strong and even from top to bottom and nothing against the Royals, but I really liked what I saw from Cleveland last season. They will improve on 85 wins to capture the Central.

You’re talking crazy out West. The LA Angels may have lost Josh Hamilton, but they are still team to beat. Mike Trout and Albert Pujols will lead a dominating offense. Jered Weaver will once again be the lynchpin of a strong rotation. The Angels may drop eight games from last year, but that still puts them at 90 wins. Oakland and Seattle will be beating down the door, but won’t break through to win the AL West.

As for my two wildcard teams, they were much more difficult to nail down. I think Boston, Oakland, Kansas City, Detroit, and Toronto will all have excellent seasons. But the Mariners will find themselves atop a crowded field for the first wildcard berth. The Yankees will snatch the final spot, in what will definitely be a surprise to most. No one will believe in them or expect much from this team, making them wicked dangerous. The Yankees’ starting pitching is too good to ignore, and good enough to get them into the postseason.