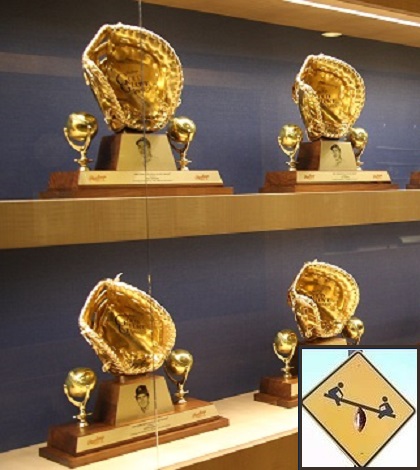 The 2015 MLB Awards are all up for grabs in the final week of the season. Who wins AL MVP and NL Cy Young? Are the NL MVP and AL Cy Young already decided? Time for sports debate.

With a week left in the MLB regular season, nearly all the playoff spots have been claimed, but there are still extensive battles left to be had to determine the winners of the yearly awards.

In the American League, MVP is Josh Donaldson’s to lose. This makes pretty logical sense. He has been amazing, both offensively and defensively. He is on one of the best teams in the league as well.

ALSO ON BUZZCHOMP: Breakdown of each potential AL Wildcard Matchup

The only competitor to that crown would be Mike Trout. Both guys have hit 40 home runs and have comparable slash lines. Trout has been worth slightly more wins above replacement thus far (8.7 to 8.5 as of 9/27) because of his position. But it’s actually Donaldson’s stat line that looks superior, especially when considering Trout doesn’t run much anymore.

Nevertheless, Trout has a chance this final week, but many are saying the Angels would need to make the playoffs for Trout to be in consideration. Unless it’s a runaway (as in the National League this season), it seems an MVP contender needs to be on a playoff team even still, in 2015. Where do you fall on this argument?

As for the NL, Bryce Harper is going to win MVP even though the Nationals are out of the playoffs. Paul Goldschmidt has been the only other guy all year having a season to rival Harper’s, and his team is even worse. Harper has been peerless this season. His 10.3 WAR and counting have a chance to be the second-most ever in a season by any active player, trailing Trout’s 2012 season. He is just percentage points behind Alex Rodriguez’s year 2000 and Zack Greinke’s 2009 right now.

With the Cy Young awards, each league’s winner could be determined by their respective final starts. In the AL, David Price and Dallas Keuchel seem neck and neck. In the NL, the race is even better between Greinke and Jake Arrieta.

Unlike the Cy Young award which is all about the most dominant pitcher, the MVP award has to consider actual value to one’s team. It’s not simply the player with the most impressive batting statistics. It’s also the Most Valuable Player, the guy who’s team would be unrecognizable and significantly less competitive without him.

The National League MVP easily belongs to Bryce Harper. He has been far and away the most dominant and most valuable player in the NL all season. It’s hard to imagine the Washington Nationals being any worse, but without Harper this season they’d likely have scrapped the bottom of the NL East.

In the American League things get very grey. Both Mike Trout and Josh Donaldson have earned the MVP award in terms of statistics and value to their teams. Granted the Toronto Blue Jays really started dominating after the trade deadline, with the additions of Troy Tulowitzki and David Price. But Donaldson has defined their offensive dominance all year, batting nearly .300 with over 40 HRs and over 120 RBIs. He helped lead Toronto to a division title, although everyone realizes the AL East was more or less average this past season.

Mike Trout’s numbers are all on Donaldson’s level, except for his RBIs which fall significantly below the 100 mark. If his team fails to grab the final AL Wildcard spot, then Trout should not win the MVP. Yet if the Los Angeles Angels come from nowhere to steal a playoff spot from the Houston Astros, I’m voting for Mike Trout. That accomplishment would be in large part due to the play of Trout. It would knock out the darlings of baseball this season, sending the Astros home for October and keeping the likely AL Cy Young winner from taking the field in the postseason.

As for those Cy Young awards, I believe Dallas Keuchel wins in the American League regardless of how this final week plays out for his team. David Price was having a nice season with Detroit, going 9-4 with a 2.53 ERA over 21 games. Yet his season was not Cy Young worthy until he joined the best offense in the league. Price has gone 9-1 with a 2.3 ERA over 11 games in Toronto. He’s played better with the Blue Jays, but Keuchel has dominated all season and is a large reason why Houston is likely to win a playoff berth.

Our National League Cy Young Winner is less clear to me. Greinke feels like the more dominant player, yet Arrieta has led the Cubs to the playoffs. Greinke’s Dodgers were expected to win their division and have, while Chicago was a surprise to most. I lean towards Greinke here, but tell me why I’m wrong. Tell me the Rookie of the Year winners and more while you’re at it (for Friday).